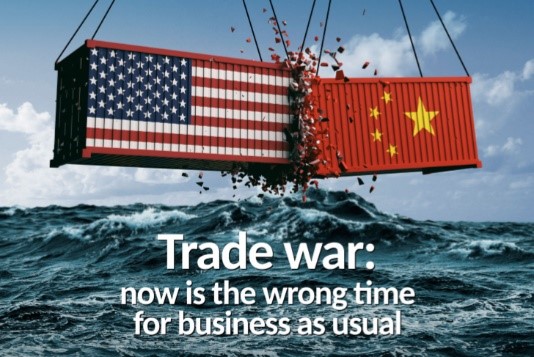 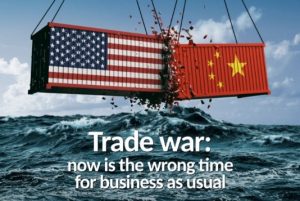 The international trade war has caused much chaos over the past few months but so far it has had only a restricted impact on shipping. With all the levies now put into action, the industry is finally getting a taste of what it really means.

Now is not the time to pursue “a business as usual” when preparing for the upcoming peak season. With the outburst of trade war, it is becoming possible that the usual trade patterns, the ship owners used to follow as in where to send their ships later are changing.

Making the false estimations could prove to be pricey

“We are witnessing few outstanding figures. These show that Iran would come up as the top importer of US soya beans or have estimated that China would import – nevertheless – but no crude oil at all from the US gulf in the past months”, asks BIMCO’s chief shipping analyst Peter sand.

“The unique thing here is that crude oil is not literally part of the trade war – at least officially – but it is one of various tools in the Chinese toolbox that will be exercised in the process”. The changing scenario of trade patterns has made it increasingly difficult for the ship owners and the operators so as to plan where to position the next tips.

For those functioning in the spot market, making false estimations may lead into the lack of cargo upon up arrival. The biggest concern for ship owners and operators presently is that they simply have no clarity, or very little clarity, as to what is normally the peak season for dry bulk – that is critical. Normally in a year, ships sail for where the seasons deliver lots of cargo at that point in time. Now, for the fourth quarter, ships would sail to the US Gulf coast or its North Western coast for shipments mainly for Soya beans, corns, coarse grain and wheat. A few months ago, the final stoppage would have been South America, because it was the pinnacle of the green export season.

Sand also emphasized on the matters like what if the ship owners are unaware of the fact that to what extent takers and buyers will be present in the market? Would positioning the ships well in advance prove to be profitable for a cargo that may never show up? Furthermore the ships are also aptly to experience variance in the discharge ports than a normal season would dictate making the following was unlike from a normal season too.

Not business as usual

According to Sand, the cautious owner is likely to put fewer ships into position than they would do in a normal season, as cargo volumes may not be around to the same extend as they would be without a trade war. Ship owners need to see this as a peril that one has to control and manage to the best extent possible. The politics of trade war cannot be managed but if any ship owner have 6 ships and he would normally position them all in the US gulf for the export season. But, now the scene might be different keeping in view the risk management only send three ships.

Also, it is important that the ship owners stay alert to the intelligence and development modules even more than one would normally be. Following one’s business on the usual model should be avoided. The trade war is unexpected to go away anytime soon.

Sand and his team closely kept a watch on trade flows, recently crude oil and soya beans in specific, as they are the dominant commodities that are affected by the trade war and, in turn, are damaging shipping.

It is well known that the Chinese have bypassed American beans all through the year. As the peak season of US soya bean exports is approaching the coming months are certainly going to be very decisive. During the first seven weeks of the commercial year (starting 1st September). Chinese imports where lowered by 97% to just 202,000 tonnes. Last year, China took 6.4 million tonnes in the same tenure, accounting for 67% of total us soya bean exports at the time. BIMCO expects US soya bean exports to be significantly lower this season.

While the US retailers seem to have been supporting ahead for the implementation of tariffs, which was positive for trans pacific trade and imports into the US west coast and East coast, it could have a knock-on effect for the down the road.

If the US retailers have been stockpiling ahead of the implementation of the tariffs, we will certainly see an effect where the next off- season will be weaker than a normal of season, said sand. We would be witnessing volumes coming down all the way until the next turning point- Chinese new year- at the start of February 2019. 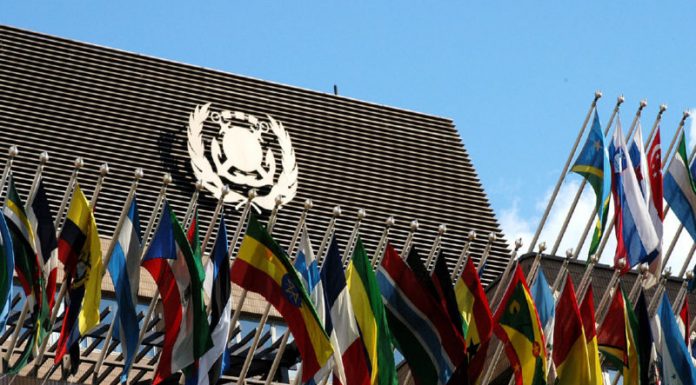