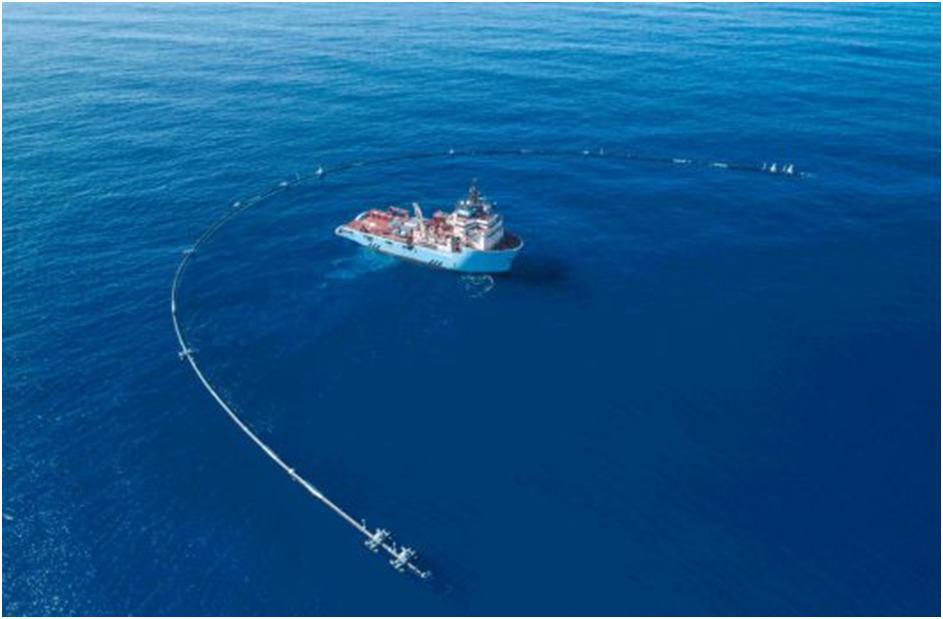 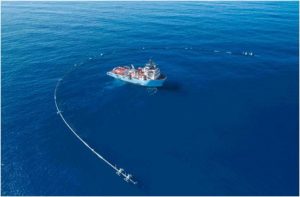 The Great Pacific Garbage Patch is the world’s largest plastic polluted zone. A floating boom system has been launched by the Dutch non-profit organization. The world’s first ever ocean clean up system begun from the Bay of San Francisco.

Over five trillion pieces of plastic are polluting the various panels of the ocean in the different ends of the world. The ecosystem, health, and economies all get affected by the impact of plastic in oceans and surroundings as well. A solution to the usage, disposal and clean up for plastic and its products is a crucial matter to be dealt with.

The clean-up System 001 has been deployed there, in the midway to California and Hawaii. The patch is accumulated of 1.8 trillion pieces of plastic covering an area twice the size of Texas.

The clean-up system named as System 001, headed to a location 240 nautical miles offshore. The two-week trial began from the Great Pacific Garbage Patch, 1,200 nautical miles offshore. The System 001 was further towed from the Bay of San Francisco by the vessel Maersk Launcher, supplied to the project by Danish Maersk Group and Deep Green, its current charter holder.

How does the system work? 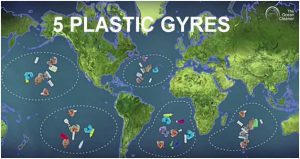 The Ocean clean up system, System 001 comprises of a 600 meter long U shaped floating barrier. A 3-meter skirt attached below. The system is designed to be propelled by waves and wind, collecting the plastic ruins to be accumulated and funneled to the center of the system. The system is giant and skids on the waves of the ocean.

Ocean Garbage Patchesare widely spread also known as the subtropical gyres. There are 5 Plastic gyres. They are the patches where the plastics get accumulated as they do not float away by themselves.

The Ocean Clean Up system is implemented using the natural oceanic forces for catching and concentrating plastic. It is being carried by the current. The wind and waves propel the system, as the floater skids above the water surface, the plastic is just beneath it. The system further moves faster than the pollutants, allowing it to be captured.

According to the researches, the majority of plastic by mass is present in the debris. By eradicating plastic we can prevent it from breaking down into hazardous microplastics. The establishment of more such cleanup systems will lead to a 50% reduction of the Great Pacific Garbage Patch in 5 years’ time. By 2050, we can look forward to plastic-free oceans. 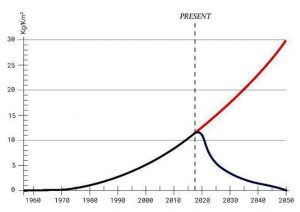 The clean-up leads towards the sustainable and safeguarded ecosystem. Running in parallel with technology developments for extracting plastics from the ocean. Soon we will be witnessing maybe our next phone, car bumper, chair or sunglasses made up of plastic retrieved from the Great Pacific Garbage Patch. 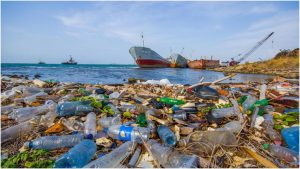 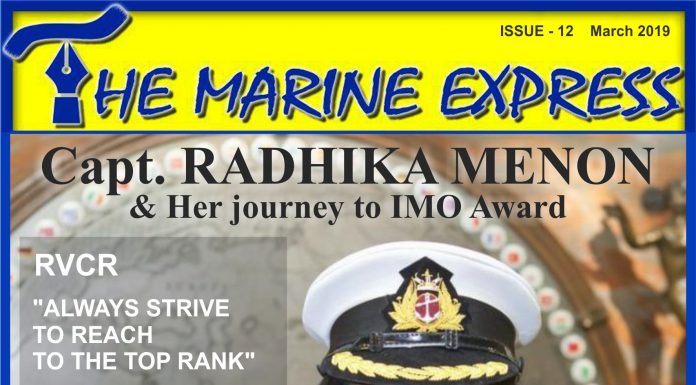