The economic hassle manifesting markets and the existing trade war between the United States and China could possibly increase the jeopardy of the next financial crisis. The former record of levies on goods has been over longed as the US projected crashing tariffs on goods worth USD 200 billion, according to the BIMCO. “85.3% of Chinese seaborne imports from the US and 58.5% of US seaborne imports from China could become affected by the trade war, if the US and China implement tariffs on a further USD 200 and USD 60 billion worth of goods, respectively,” Peter Sand, BIMCO’s chief shipping analyst, said. The dry bulk shipping trade is the most distressed in terms of volumes broadly due to the Chinese tariffs, but the entire trade war still clashes only 1.9% of total dry bulk seaborne trade in 2017. 2,002 Handymax loads are now troubled.

In the most recent rounds China was incapable to counter equally to the USD 200 billion measures issued by the US. With China indicating lesser than its exports to US, if the trade war extends to stretch out, China will have to look aside from levying imports to discover its revengeful measures.

The US: Container Sailing will be gravely hit by the next crossfire

From August 23, 2018, the second part of the USD 50 billion list, worth USD 16 billion, initially disclosed in late May, has been charged with goods such as plastics and oil products. The first part, worth USD 34 billion was enforced on July 6, 2018, and focused on machinery and electronic commodities. 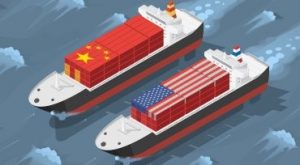 The US President Trump has enforced 25% and 10% tariff on steel and aluminium applicable to namely Australia, Brazil, South Korea, and Argentina. The total dry bulk commodities impaired by US levy are equivalent to 548 Handymax loads (50,000 dwt).The containerized goods have been aimed for USD 50 billion; the gigantic impact will be witnessed if USD 200 billion is proposed. So far, the tarrified commodities equal to 6.6 million tons of seaborne industry from China to the US in 2017 which approximates 660,000 TEU. Further, 1.5% of the internationally shipped containerized goods will be damaged. Oil products are aimed with 0.5 million tons will be levied from August 23 with further 0.7 million tons in a row to USD 200 billion list.

Is China exhausted of Ammunition?

The Chinese USD 16 billion list got enforced from August 23, the revived list had the removal of crude oil and addition of wood commodities, coal and metals. The trade war has attained a point where China is no longer in a position to reply equally as it is more in to exports than imports with the US. The year 2017 has witnessed the import of USD 129 billion worth of US commodities over the proposed target on USD 113 billion of US imports. This analyses approx. USD 506 billion of goods imported from China in 2017. Since, China and US both are two great powers the relation of these two countries is certainly going to affect the world economy. The US soyabean farmers will be in trouble with the new 25% tariffs imposed by China.

While the impact on cargoes may seem little compared to the entire economy but it surely affect it majorly. Though the increased jeopardy of existing markets manifest, there are fewer countries affected from variation in levies, and the emerging markets are very prepared for the coming market variations. 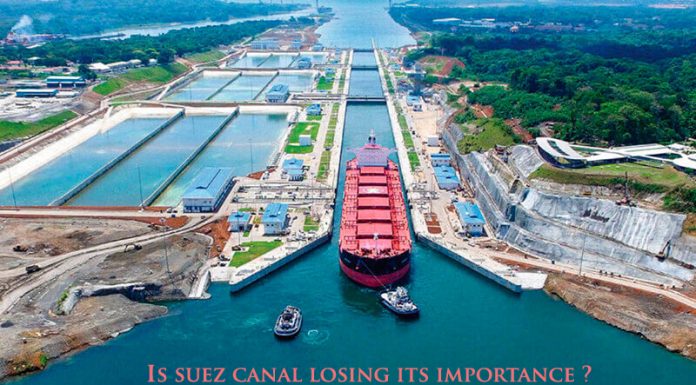