We are here with Master Mariner Capt. Ranjit Singh. Its an immense pleasure to have a talk with you. Our readers would be interested to know about the marine life through your past experiences. 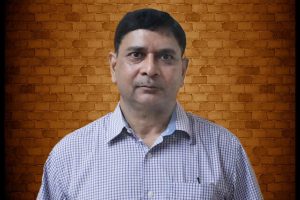 Q. Why merchant navy? How did it all start?

Merchant navy is a very good career for the young generation. Earlier, in our days the process of this education was elementary. The government of India was granted funds for merchant navy colleges and from there, students graduated paying nominal fees, and then trainees were all set to sail on board. The cut-throat competition ex isted even in those days. Near about thirty thousand candidates used to appear for the exams and out of them only 500 were selected by the government of India for Merchant Navy.

Q.How was your college life? What is your view on the present education system?

My college life was very limited. I was more into studies. We had an education pattern of I.Sc. and further did my graduation. Nowadays, the same process is being followed by 12th exams and further to IIT. In the same fashion, students now opt for Merchant Navy. I admire this education system, this is the most convenient and motivating pattern for students to explore their capabilities in different areas and finally find a suitable and interesting career for them.

Q. While sailing what was the worst challenging situation you had to face?

There were few occasions. I remember, when I was 3rd officer and we were sailing on an old vessel in Atlantic. The weather started to deteriorate and we faced a sudden massive storm. The technologies weren’t so developed those days for navigation and communication purposes. Rather, there were hardly any communication systems available. Nothing was functioning properly, and we were just on the mercy of God. We did our best to keep the vessel afloat. The only thing we had with us was our will to survive and faith in Almighty. Our captain was very hopeful that we will ride over and the next day the storm will reduce. The same happened and after a couple of days, we reached to Canada.

The second happening was in Canada, our ship was stuck in an iceberg for almost a month. In those areas, the availability of icebreakers was on first come first serve basis. there was only one icebreaker available so it was a time taking affair to break the ice and move further. However, it was not difficult to stay on board because we had everything on the boat.  Though we were not very far from the shore. But again we got stuck as it was a river area. The passage was in between two mountains. The distance was just 4-5 nautical miles from the loading port in that river. Somehow we managed to reach the designated port with the help of towing vessel. Our captain was Swedish and we had a good time.

Q. How challenging is a career after quitting sailing?

It’s just the part of the adaption. After sailing, I was getting used to the situations on shore. Shore jobs are not easily available as per your choice, so you have to develop those skills they are looking for. You need to adapt according to the situation and requirement of the job. It will certainly provide you with good exposure and experience. However, you should be able to adjust to the present scenario of the industry.

Q. Getting into entrepreneurship must be challenging. How did you tackle them?

For me, entrepreneurship is more like self-employment and also you employ people. Some of my friends are into it and successful. With all my knowledge and effort, I am into it when the time and opportunity arises. I believe it will deliver me good value.

But there are challenges which have to be taken care of. I will tell you from my experiences of shore-work. Most of the bulk carriers which used to carry the iron ore from India to China were suddenly banned by the government. This decision was next step after the government was unable to control the illegal mining. The regulatory body should have necessary action, but banning exports had several adverse effects.  From the stats, export was 120 million tons per year which were reduced to approx 5 million tons approx. It fetched a lot of revenue for the government of India as well as for the associated people. The effect on people was catastrophic. I too was part of them.

Now shifting our business into new cargo is another tough thing. It would take time. However, we do have the opportunity and we are looking forward to it. Hopefully, it will come very shortly.

Again, this field has the immense opportunity. It is happening, because of the wider accessibility of electronic media. This is still an emerging field in India. A lot of ship operating companies have been growing which were not there back 5-7 years. They all are doing quite well and are recognized internationally.

But the regulatory authority must be careful before taking any major step. They must look at Singapore, Dubai, and Hong Kong. These places have global dominance in the global maritime. India is a place filled with talented people and hopefully, a major change can be brought together.

Q. What would be your message to the upcoming youth?

Most of the youth today are exposed to ill effects of mobiles and laptops which lacked in our time. It’s a gadget based world which has become an integral part of everybody’s life including me. Being obsessed with technology and the internet has taken up their innocence. If one day they are deprived of the internet they get irritated. The Internet is one source of entertainment, it should not be the mode of socialization. Youth should find other methods to socialize. The play area, the most of the outdoor games are missing from their lives. I have seen we often have all the facilities in the residential areas and the municipal areas government is providing playgrounds but only a few people utilize those facilities, rather they are just busy on Whats-app and other social media platforms.

They should have a limit over uses of gadgets. They should take off some time and indulge themselves in other things because the life is beyond the internet too.  There are so many things to do for which the hard work and excellence are always rewarded.

Thank you so much for your precious time. 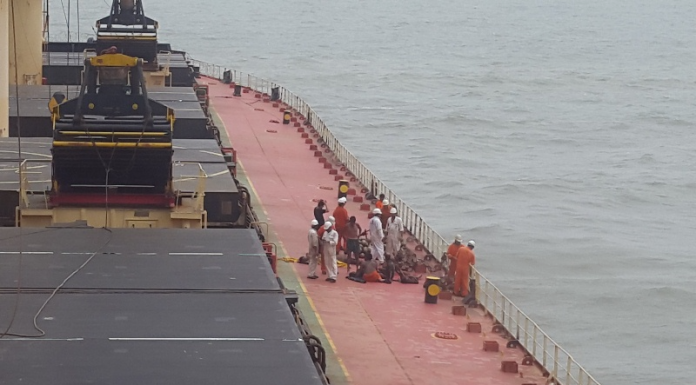