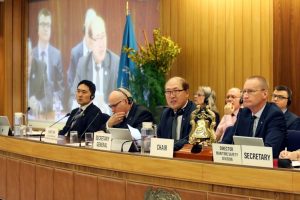 May 16th marked the opening of the 99th session of the Maritime Safety Committee, held from May 16 to 25, 2018. Speaking on the occasion, Kitack Lim, Secretary General, IMO, welcomed, Nauru to the Organization as its 174th member. The Secretary General welcomed all and also thanked those attending the Committee for the first time. He apprised the august gathering of important matters concerning the Organization.

International Maritime Organization (IMO) celebrated 70 years of its establishment on March 6, 2018. Her Majesty Queen Elizabeth II obliged the Organization by accepting its invitation and unveiling a commemorative plaque and cutting the anniversary cake.

Her Majesty also took the opportunity to meet the select representatives from the IMO family.

IMO 70 was also hosted this year in May 2018. Not only was this Forum well attended by Member States and representatives of the industry, but also enlightened the gathering with wide ranging discussions on topics that were both interesting and thought-provoking. Many more events and initiatives are on the anvil to commemorate 70 decades of IMO’s achievements that has made the vital industry of shipping safer, cleaner and greener.

IMO also plans to celebrate this year’s World Maritime Day on September 27, 2018 at its Headquarters. The Government of Poland has also taken the initiative to host a parallel event in their country from June 13 to 15, 2018. This year’s World Maritime Day theme ‘Our heritage – better shipping for better future’ reflects IMO’s close association as a crucial player in the global supply chain. With the sole aim of raising awareness of the Organization’s work to improve its international image, IMO has dedicated the theme to those whose livelihoods and quality of life depend on shipping. 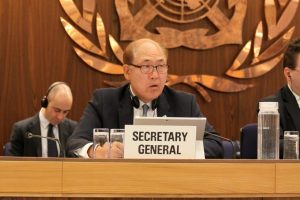 The eagerly anticipated use of MASS, an acronym for Maritime Autonomous Surface Ships, has been gaining momentum. It demands flexibility in accommodating new technologies to improve the efficiency of shipping. At the same time, it also highlights the need for human intervention in maintaining safe navigation practices to bring the number of marine casualties and incidents to a minimum.

IMO, the main regulatory body for international shipping, considers this its fundamental role. For this, the Organization has constituted an inter-divisional MASS task force within the Secretariat that will work under the Maritime Safety Division. It has been tasked to periodically review developments and provide advice and assistance.

With the aim of making ships safe the Organization has embarked on a new way of rule-making. This entails development and eventual adoption of goal-based ship construction standards for bulker carriers and oil tankers, mandatory under the SOLAS Convention, without sacrificing the flexibility required by ship designers in adopting new regulatory requirements. To this end, it was victory of sorts, when the initial verification of ship construction rules, submitted by 12 classification societies, were successfully completed. This could be achieved due to the devoted cooperation and hard work of both the classification societies and expert consultants. The second stage of this process is the maintenance of verification. This involves audits of the rule changes of those classification societies. 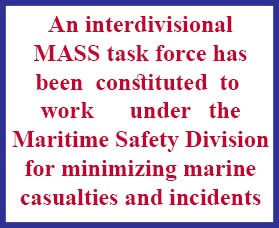 Based on the experience gained during the initial verification audits, the development of amendments to the GBS Verification Guidelines will continue. The ultimate aim of this exercise is to find a practical approach to verify continuous compliance with the GBS without compromising on safety. The maritime security offers a glimmer of hope. The incidents of piracy and armed robbery against ships around the world, as reported to IMO, totaled 203 in 2017, the lowest in the last two decades. This downward trend amounted to 8% reduction at global level. However, more needs to be done with emphasis on the kidnapping of seafarers for ransom.

The incidents of piracy and armed robbery against ships around the world have been the lowest in the last two decades. To this end, accurate reporting of such incidents to the Organization, both by flag States and industry organizations, assumes importance. Implementing IMO guidance and setting appropriate security levels in accordance with the ISPS Code by flag States for ships flying their flag, as also using the Maritime Security Transit Corridor are critical to monitoring and preventing maritime threats.

There is a need to expand the application of the provisions of the Polar Code that came into force in 2017. It needs to encompass all ships operating in polar waters, such as cargo ships with 500 gross tonnage or less, fishing vessels and pleasure yachts. This will serve both maritime safety and the marine environment.
Despite extensive discussions, Iridium as a maritime mobile satellite services provider under the GMDSS, was not accepted by all, compelling the Sub-Committee of NCSR 5 to seek guidance for the way forward. The issue is still pending and other options are being considered.
The 99th Session of the Maritime Safety Committee concluded on a positive note, with members and attendees, associated with shipping, offering their unstinted support to the initiatives and endeavors of IMO. 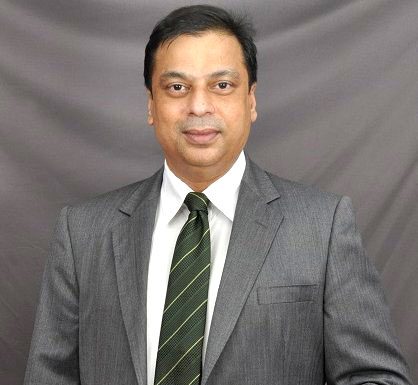