When a company needs some extra funding for acquisitions or for repaying debts or for redeeming existing preferred shares or even for general corporate purposes, what does it do? Simple, it offers its shares for purchase. This is precisely what Seaspan Corporation is currently undertaking and for exactly the same reasons. This Hong Kong-based container ship company has put its Series I Preferred Shares on the anvil in a registered public offering. This followed its effective shelf registration that the company filed with the US Securities and Exchange Commission. Not only this, Seaspan has also offered additional Series I Preferred Shares to underwriters, giving them a 30-day option. By doing so, the company intends to list these shares on The New York Stock Exchange. Another step that Seaspan took in early September was to close a two-year US$ 150 million revolving credit facility. With this, it hopes to fund investments and acquisitions, and also use it for general corporate purposes. Seaspan had sailed into financial rough weather over the last two years. This is one of the main reasons for the company to offer its shares. Fortunately, changes brought about in its board of directors, especially bringing in David Sokol as its chairman, and higher charter rates have acted as tailwinds to help the company sail into safer waters.

Change for the better

It is the excellent stewardship of David Sokol that has made the company regain its course. His first step to clean up the compensation system that compelled former CEO Gerry Wang, who received compensation for Seaspan’s transactions, to announce his retirement. Sokol also pointed out the failing of Seaspan’s previous team in not keeping their balance sheet in order for the last two years. According to him, had they done so, the company, over the last 18 months, could have done colossal amount of purchasing of assets at bargain prices. His bold initiatives, such as receiving cash infusions from Fair fax Holdings, have helped clean up Seaspan and put it back on track.

Higher charter rates have done a whale of good for not only Seaspan, but for the world shipping in general. Previously, the shipping industry witnessed an increase in the supply of container ship that brought the charter rates crashing down. But the trend has now been reversed with the supply dropping and it is going to remain so for a while. To stymie the supply growth, the shippers are deliberately delaying deliveries of their ships. Now, idle ships, that are above 500 TEU (Twenty-foot Equivalent Unit), constitute just 1.6 percent of the fleet. This has upped the demand for seaborne containers, whose trade has surged to 6.8 percent, thereby increasing the charter rates. All this came as a shot in the arm for Seaspan, which is the largest player in the industry.

Luckily, the trade war perpetrated by President Trump will have limited or no effect on Seaspan, due to its long-term, locked-in contracts. With an operational fleet of 112 vessels, Seaspan enjoys a weighted average contract of five years.

The current Seaspan’s position is a happy one, as it has garnered an estimated US$ 367 million in operating cash flow in the last four quarters. This will certainly help the company pay its debt, which according to debt-to-EBITDA is placed at a high 8.3 times. 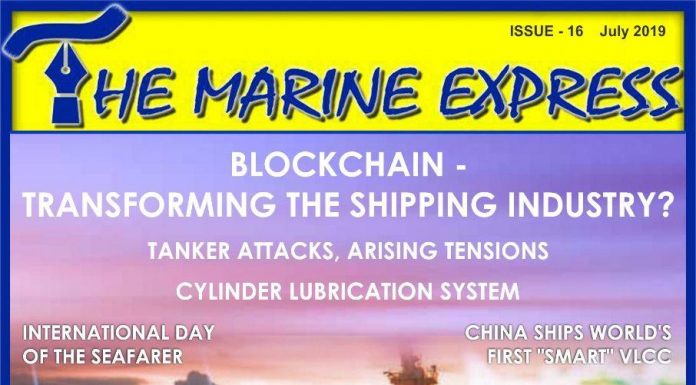