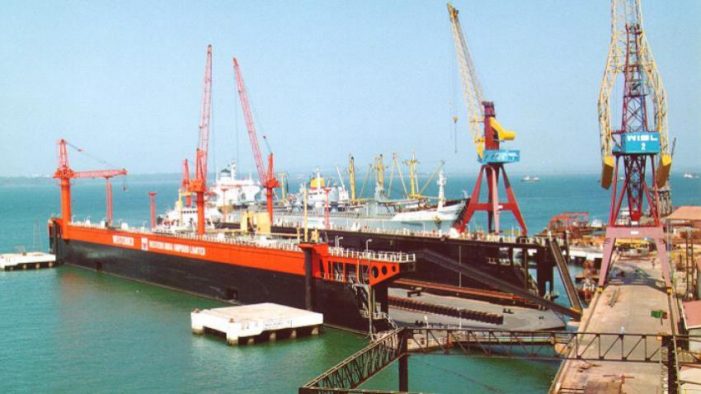 The process of designing and building a ship, in present days is extremely standardized mass manufacturing environment, remains largely a one-off, one-of-a-kind design and build. 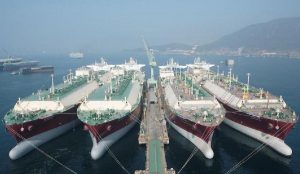 Ships are mostly assembled to a ship owner’s or operator’s particular demands, which are generally based on steady parameters such as speed, fuel consumption, route and cargo or passenger capacity.

The marine industry and the shipbuilding are mostly concentrated in the port areas of the country. The industry include all the aspects related to port facilities in infrastructure and other shipbuilding. Shipbuilding is a part, reserved particularly for shipyards which are of the large companies with regard to ships freight (cargo ships, container ships, oil…) and passenger ships. 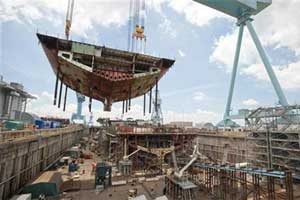 The competition is tough, however, between the European yards and Asian shipyards; manufacturing costs of the latter is much lower. India ranks second among the Asian countries backed only by Japan in terms of shipping tonnage. However, her shipping fleet is much smaller for her dimensions. Ship building is a huge and complicated industry which needs a huge capital investment. Harbors with enormous space are ideally suited for this industry.

Almost 95% of India’s trading by volume and 70% by value is done via maritime transportation. India has 12 extensive and 200 notified intensive and intermediate ports. As per the National Perspective Plan for Sagarmala, six new mega ports will be grown in the country.

The Indian ports and shipping industry plays a crucial role in sustaining growth in the country’s EXIM and commerce. India is the sixteenth greatest maritime country in the world, with a coastline of approx 7,517 km. The Indian Government plays a vital role in supporting the ports sector.

It has granted Foreign Direct Investment (FDI) of up to 100 per cent with regard to the automatic route for port and harbour construction and maintenance projects. It has also expedited a 10-year tax holiday to enterprises that develop, maintain and operate ports, inland waterways and inland ports.

The industry acts as a vital means of international transport of any essential goods. The global shipping industry can be widely classified into wet bulk (like crude and petroleum goods), dry bulk (like iron ore and coal) and liners (like containers and others). Further, there are several benchmarks that determine freight rates for these segments. The prominent amid them are Baltic Freight Index, Baltic Dry Index (for dry bulk segment) and Baltic Clean and Dirty Tanker Index (for tankers).

Freight rates and incomes of the shipping companies are primarily a function of demand and supply in the market. Demand drivers are a part of trade growth and geographical balance of trade (which determines the length of haul required). On the other hand, the supply drivers are a function of new ship building orders as well as scrapping of existing tonnage.

As regards India, the ports and shipping industry plays an important role in sustaining growth in the country’s trade and commerce. According to the Ministry of Shipping, around 95% of India’s EXIM by volume and 70% by value is transited through maritime transport.

Supply is driven by the addition to shipping capacity. Also, determinants such as ordering and scrapping impact the supply in this industry. On the ordering side, for example, the number of ships that a shipyard can build and the time taken to build a vessel plays a vital role in determining the growth in tonnage supply. On the scrapping factor, decline/delay in scrapping activity would point to oversupply of vessels. 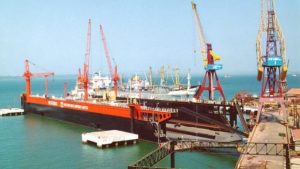 Demand in the marine industry is chiefly determined and is closely related to the growth in world EXIM.

High capital expenditures and the requirement of enough cash flows act as major barriers to access in this space. Moreover, the critical factors such as competence and technical know-how are a few of the pre-requisites that limit the entry in this industry.

Is declining on the back of gradual increase in fleet supply and sharp global competition.

High bargaining capacity as competition is larger in the industry.

Competition is cost based. Companies functioning in this space not only face competition from the domestic players but also from global shipping companies. 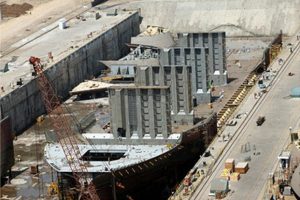 Net profit at major ports has raised from Rs 1,150 crore (US$ 178.4 million) in FY13 to Rs 3,413 crore (US$ 529.6 million) in FY18 while operating margin raised from 23% to 44%. In May 2018, Ministry of Shipping granted foreign flagged ships to carry containers for transshipment. In March 2018, a revised Model Concession Agreement (MCA) was granted to make port projects more investor-friendly and make investment climate in the sector more attractive.

Project UNNATI has been inaugurated by Government of India to identify the opportunity areas for improvement in the operations of major ports. Under the project, 116 initiatives were found out of which 89 initiatives have been enforced as of August 2018.

Government of India is targeting to make the nation the first in the world to function all 12 major domestic government ports on renewable energy. The government plans to build in almost 200 MW wind and solar power generation capacity by 2019 at the ports. The energy capacity could be upraised to 500 MW in future years.

The Government of India is planning to construct 14 Coastal Economic Zones (CEZs) in the country to improve manufacturing and jobs. In November 2017, the first mega CEZ at the Jawaharlal Nehru Port in Navi Mumbai, Maharashtra was cleared.

With rising demand for port infrastructure due to growing imports (crude, coal) and containerization, public ports (major ports) will fall short of meeting demand. The government has proposed NMDP, an initiative to develop the maritime sector; the prepared outlay is US$ 11.8 billion. Plans to build port capacity of around 3,200 MMT to handle the expected traffic of about 2,500 MMT by 2020. 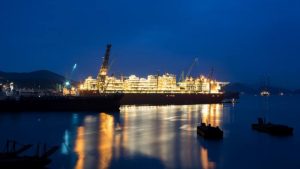 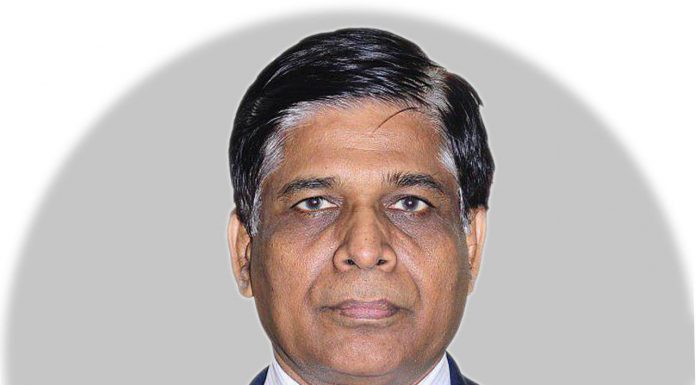