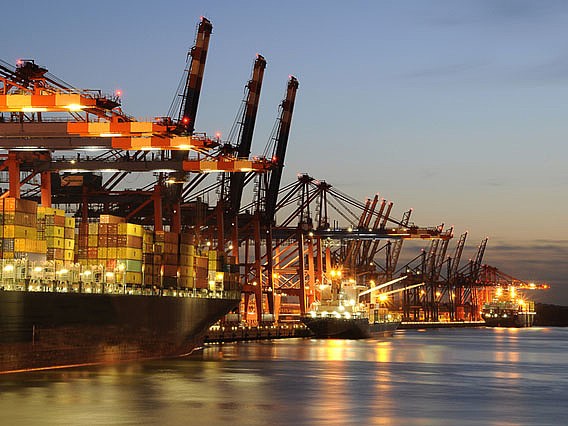 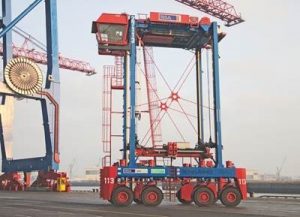 The introduction of two straddle carriers on the port of Hamburg with environmental friendly hybrid engines has been carried out.

The very first two energy saving, low emissions straddle carriers with hybrid engines have been used to ship containers between the ship, the yard, the rail terminal and the truck gate at the HHLA Container Terminal Tollerort (CTT).

As per a press release from the company, the two prototypes are anticipated to use at least 15 percent less diesel than their predecessors. This will significantly lessen emissions of CO2, nitric oxide and particulate matter.

The basis behind the hybrid technology is quite simple, the straddle carrier stores excess energy, which is for example operated during braking or while the load is being lowered, in a high-performance lithium-ion battery. As it drives, the vehicle application this energy from the battery. This significantly facilitates the load on the combustion engine. The effect is remarkable, the manufacturer Konecranes assures annual fuel savings of at least 15 percent per hybrid straddle carrier when compared with the diesel-electric model most currently supplied to the CTT. This significantly lowers emissions. Konecranes forecasts an annual reduction of 30 to 50 tonnes of CO2 per straddle carrier. The two prototypes represent a further step by HHLA towards adapting their heavy machinery to increasingly environmentally friendly technologies. 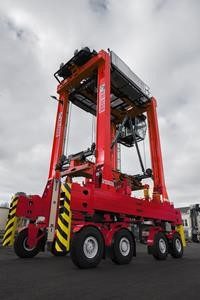 are reducing our energy costs and reducing emissions. This is further evidence that HHLA is a consistent supporter of cutting-edge technology and intelligent solutions.

The company, the environment, and the employees all prosper. The two hybrid-battery Konecranes Noell Straddle Carriers were advanced and tested at the Konecranes plant in Würzburg. HHLA and Konecranes are combined by a long-standing partnership which has often involved pioneering work to introduce innovative container managing solutions.

With the new hybrid-battery generation, Konecranes is taking the propulsion technology for straddle carriers to the next stage and allowing HHLA to make further significant improvements to the economy and ecology of container handling at Tollerort, Hubert Foltys, Director of the Business Line Straddle Carrier at Konecranes, said. 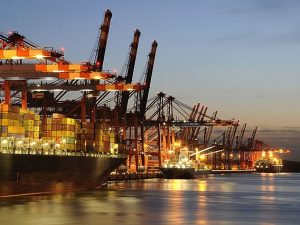 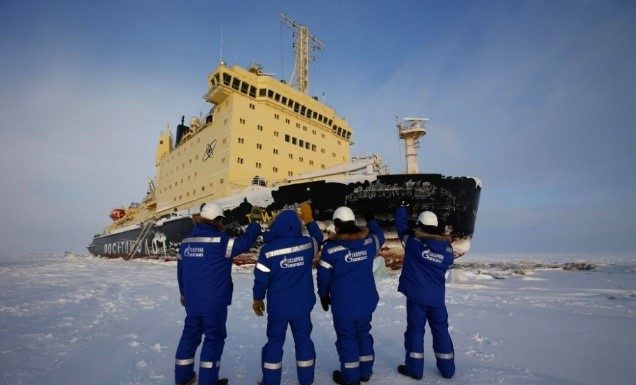