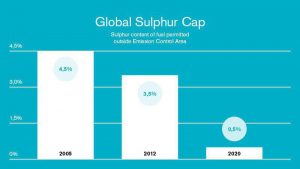 In 2016, IMO had announced that the date for the effective reduction of marine fuel sulphur-oxide will be 2020. Under this new global limit, ships will use marine fuels with a sulphur content of not more than 0.5% mass by mass from 3.50 percent mass by mass. According to the IMO, ships should not be carrying non-compliant fuels unless it has an installed emissions abatement system. By implementing the IMO regulation in 2020, shippers will have to switch to any other alternative fuels such as marine gas oil (MGO) or they can install scrubbers (a system that removes sulphur from exhaust gas emitted by bunkers). Sulphur oxides can cause respiratory symptoms and lung diseases and are known to be very harmful to the human health. In the environment, SOx can result in acid rain which is harmful to crops, forests and aquatic species. It also results in the acidification of the oceans. Limiting SOx emissions will improve air quality and protect the environment. As per IMO, there will not be any change in the January 1, 2020 date of implementation, it is already too late for any revised date to come into force by January 1, 2020. However, until compliant fuel is made available at every port and the bunker suppliers are fearing it won’t be. The industry is having a little less than two years to be able to decide whether they should fit scrubbers and implement that decision. If someone who owns the ship does decide to fit scrubbers into it, then the manufacturer, shipyard and finance; everything must be identified. The system will have to be tested and the extracted sulphur will have to be disposed off at a determined location. It is possible new blends of fuel-oil for ships will be made, e.g., gas oil with a very low sulphur content can be combined with heavy fuel oil to minimize its sulphur content. These new combinations probably could cost more in the initial period than the heavy oil bunker fuel which is used by majority of ships in today’s time. Onboard ships can also wish to switch to a complete different type of fuel altogether. They might choose to buy heavy fuel oil, however install scrubbers to null the output of SOx to have an equal means of meeting the set requirement. Even though some ships are already using low sulphur oil to reach the demanding limits of 0.10 percent mass by mass when trading in emission control areas. So fuel oil blends suitable for ECAS, will also meet the 0.50 percent mass by mass requirement in 2020. But there is a cost difference and these blends are exorbitant than heavy fuel oil. A study authorized by the IMO to assess the availability of fuel oil concluded that the refinery sector could supply quantities of sufficient marine fuels with sulphur content of 0.50% mass by mass or less or even with a 0.10 percent m/m or less to meet the demands for the products, while also meeting demands for non-marine fuels. 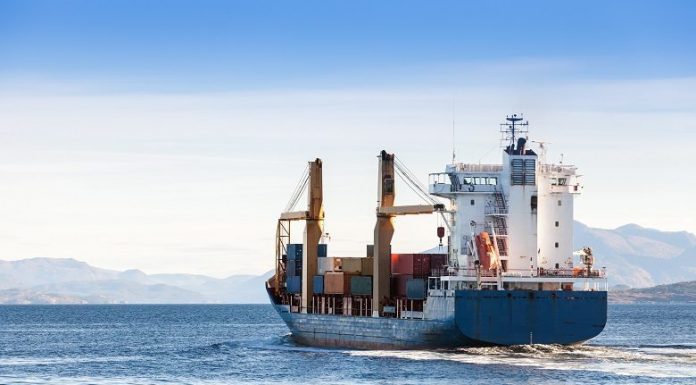 Kanishka Vishal - September 7, 2018
0
THE CHANGING SHIPPING TREND OF AVOIDING THE SUEZ CANAL AND TAKING THE LONGER ROUTE AROUND THE CAPE OF GOOD HOPE HAS BEEN MADE POSSIBLE BY THE PLUMMETING OIL PRICES IN THE INTERNATIONAL MARKETS.