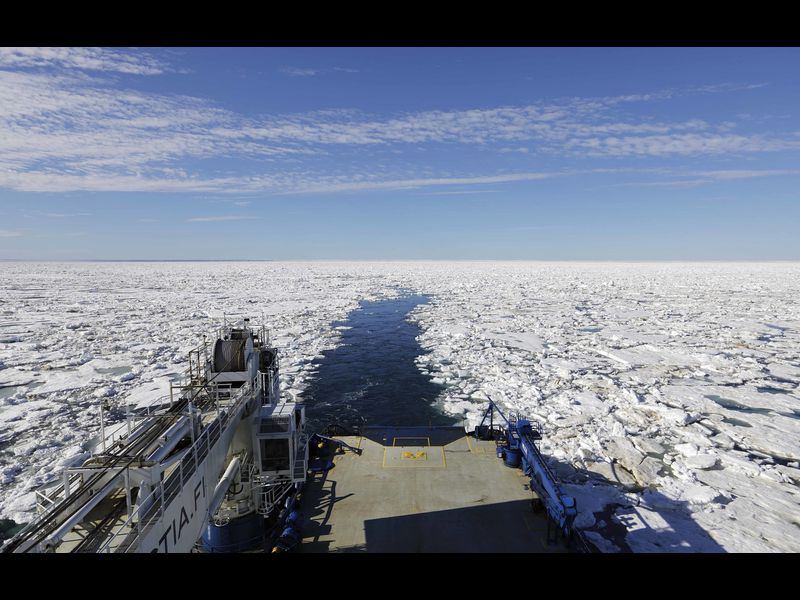 Shipping cargo over the world is an essential service that’s worth billions of dollars and is integral to economies overall.

Regardless to the fact, it’s a container of crude oil, gas, or other perishable goods (such as fruit, vegetables, or meat) which are collected in specialized vessels, covering the global shipping routes which are considered the lifeblood of the overall economy.

With the advent of human beings on the earth, the rise of CO2 emissions continues to accelerate, bringing with it an in sea levels, the melting ice caps, unpredictable and sometimes extreme weather changes, and a slew of other negative consequences, the routes these vessels take are, by extension, largely affected.

As climate changes are heading towards the worst phase, several companies are changing course and reimagining essential shipping routes. Keeping in view the frequent changes Earth is enduring and using these unfortunate events to their advantage, shipping vessels and their crews can travel far greater distances in cheaper and lesser time. The advantages of this may not be seen immediately.

Effects of Global Warming on the Surface

It’s best to take a closer look at the effects of climate change and global warming on shipping routes and on humans, animal species, ecosystems, and the planet at large. The overall annual global temperature has seen an acute uptick due to the release of compounds, most likely greenhouse gases such as carbon dioxide, methane, and nitrous oxide, though, this is nothing that we don’t already know. Although an average person may not find this a situation to be pondered, the calculations show the steady increase in global temperatures will have far-reaching and irreversible consequences in the future.

Some of the changes inflicted by global warming are not physical, like extreme weather events leading to flooding, tornadoes, drought, etc. but, also, result in dramatic shifts in the overall mean global sea level and the acidification of the oceans.

The belief is that these major changes could last for thousands of years if there isn’t a quick turnaround and immediate cessation of human interference and greenhouse gases.

Sea level rising on the coast 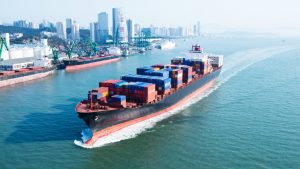 There are also ecological consequences, as global warming poses a serious threat to already fragile and vulnerable ecosystems like coral reefs and the Arctic ecosystems, leading to the melting ice caps. Climatic changes have also significantly affected human beings which they are not even acquainted of. The social repercussions are significant to consider, too, as scientists anticipate human health, food security, water resources, and access to clean drinking water will be largely affected in the coming years. Of course, these impacts will be felt in varying ways and to varying degrees depending on the region or country that is experiencing them and its respective location.

The impact of global warming is widespread and is only expected to rise with the years rolling. Many of the expected consequences are mostly known, though some of the lesser-known outcomes include changing precipitation patterns, including heavy rainfall, flooding, and snowfall. The expansion of desert regions, bringing with it drought, excessively warm temperatures, and heat waves; abandonment of populated areas due to rising sea levels and flooding. The melting of snow and Arctic ice in the North Pole; rising humidity levels; and the early arrival of the seasons (like the premature blooming of flowers and plants), to name just a few.

On Oceanic Animals and Ecosystems 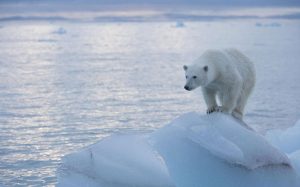 The most widely known oceanic animals and its way of life are at risk due to global warming. The polar bear is the Arctic mammal which heavily relies on sea ice, which is rapidly disappearing at an alarming rate. Several polar bears with fewer resources and many experiences major challenges just to feed their cubs and stay alive.

Another species that is experiencing the brunt of climate change is the sea turtle. The rising sea levels and severe weather conditions like storms and unpredictable weather patterns have affected the sea turtle directly in most ways. Penguin, coral leaves, global warming, however, has put these great marine forests at great risk as ocean temperatures rise. Corals get bleached (or whitened) because of the zooxanthellae leaving their body, and this provides the reef weak and less able to fight disease.

Melting ice caps aren’t an issue for shipping vessels, which are hoping to capitalize on new routes opening through the North. Leading to the anxiety of some of the polar bears in the Arctic, getting essential products and cargo has taken precedence. Thanks to the fast melting st atus of the ice caps in the Arctic, the possibility of traveling through the North Pole will be a totally viable shipping route in the coming few decades as global warming takes greater effect and melts more key passages into the North Pole.

Ice formations on the ocean surface

Sadly a lot of shipping companies, though, the astronomical costs involved in using them are ceasing companies from taking full advantage, for the time being. The thick ice that usually stops ships dead in their routes is expected to de-thaw by 2030, which would give vessels able to confront the conditions (including ice four feet thick) a chance to use the path. The Studies anticipate that, by the middle of 2050, regular cargo ships will be able to sail in the paths that are currently frozen solid.

The evident decline and the disappearance of sea ice in the Arctic have global warming the reason behind. As older, thicker sheets of ice disappear, and annually measurements depict Arctic ice is melting at an exponential rate. The new shipping lanes are slowly started to take shape. Although, for the time being, these routes are greatly unnavigable.

The assurance of having faster more efficient routes to access regions and ports in North America, Asia, and Europe, the prospect of shipping companies are more than interested. Other than the long run that would take weeks to complete, the potential path could be seen their exponentially shorter—in some cases cut in half. It will also save on fuel costs, cutting emissions by approximately 40%. Shipping companies look for faster and more efficient ways to get shipments to their destination. cargo ship navigating in icy waters, many mainstream studies predict that, by the year 2030, the median time it will take to make the trek from North America to countries like Japan, for example, will span a mere twenty days, as opposed to the thirty it currently takes (on average). By the year 2050, the average time will be even lesser than that. Dubious and fickle weather and ice conditions, low bunker (ship) fuel prices, and a short window of time (just the summer season) to get the cargo through may prove to be more difficult than originally thought. Until these passages are tried and tested, in the coming decades, routes through the Suez Canal and Panama will be chosen in preference.

Simple Solutions to Global Warming: What Can the Average Citizen Do?

Although there are unexpected advantages to global warmings, like the opening of time- and cost-efficient shipping passages in the North Pole, one is normally compelled to think of ways to help combat the negative effects of the climate change.

The big question remains still that is the global warming that crucial? If so, what can we do to bring it to a halt? The answer is yes, it is crucial, but there are easy ways that global citizens can follow, as in cutting down on the energy use and help in finding solutions to the current climate region.

Although the average person may feel that their actions will hardly influence global warming, warming one may be pleasantly surprised to find out that if enough citizens join in the same line of thinking and actions, their collective joint efforts may bring up far-reaching results.

The usage of reusable bags. Simple actions like eating less meat, becoming more conscious of the products one is consuming/buying. Even lessening the energy usage (water/electricity/gas) can save you money while lightening your carbon footprint.

Planting trees, using public transportation infrastructure. These are just a few simple ways. The idea is to get creative and know that every individual can make a difference!