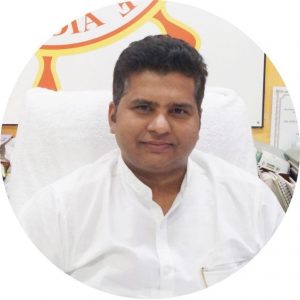 Q1.  How your journey to FSUI started?

I started my journey as a seafarer and I am associated with FSUI since 2000. I worked on the ship and during my off time, I used to visit FSUI office. I used to work for the betterment of the seafarers. Even when I was on the ship, I always endeavored for the improvement in the safety of the seafarers, fighting for their rights. For 18 years approximately; I’m working with FSUI and trying to take up the matter of all seafarer working on merchant ships as well as on inland ships. You can consider me as a maritime worker.

Q2. So, being a seafarer how was your experience at sea?

When I used to sail, life was full of adventures. It was indeed a good experience, adventurous life definitely. For people who have the zeal to lead an adventurous life, seeing different countries apart from their own, the life of a ship is bliss to them. It is a tough life too, you have to be there 24x 7. You have to play multiple roles. You are the firefighter, you are the doctor, you are the seafarer, and you are the engineer. Everything you have to take care in a small group of the ship, team spirit keeps your spirits high and sailors are enjoying their life. Once you go to another country you get the chance to learn so many things, and definitely, nature is always there with the sea. You can see and enjoy nature around without any hassle or equipment.

Q3. Lately, there has been a change in the attitude of seafarers and company. Both are interested in the safe working process, how do you see these events in creating awareness on large scale? Should other players in market join hands and conduct such awareness programme?

I once heard from my seniors, there was a time when seafarers died on board, they used to throw them in the sea due to lack of infrastructure on the ship to take precautions for that mortal. Thankfully, nowadays, companies are responsible for the various safety measures. The various policies of IMO have made sailing safe for seafarers. There are SOLAS and other life-saving appliances and other security measures. On one side safety and security on board are increasing and along with that piracy is also increasing. The Somalia incidents where vessels where hijacked and seafarers were put on the gunpoint. Held up to 6 months, 9 – 10 months sometimes for the ransom amount.  When talking of Indian seafarers they are getting safety security but the threat of cheating is a big concern. These days cheating ratio has increased people are getting a bribe, people are getting money from the seafarer, and they run away. They are sending them on board on a dead ship. Sometimes they are sent on board and left abandoned in foreign ports.  The companies are responsible for safety and security. Still, there have been lots of cases were seafarers are abandoned in Nigeria, Somalia and various parts of the world. The criminalization process is still on!! Seafarers are severely affected by this criminalization. Companies are doing their best by their policies, insurance, and other measures.  Several steps need to be taken, to avoid such incidents as in most of the cases seafarers are innocent. If there is something found on the ship in the sealed containers they are not responsible for that but they have to face imprisonment for 2 years or 2 and a half years, for the reason they are not even aware of.

Q4. Being a trade union how questionable do you find the safety and security of the seafarers?

Being a trade union I have always questions on the administration and this time too. DG shipping has limited infrastructure with resources of merchant shipping Act and other applicable acts because they have certain limitation and they cannot go beyond that. There have been cases where seafarers are exploited by the agents, managers, owners but the DG Shipping due to its limited resources cannot help them out. Our thought is that seafarers should get practical support rather than the conversation through the mail and the piles of paperwork. They are tired of sending emails to the embassy & ministry. Hope this agreement which is going to be the new merchant shipping act will include some action to give more support to the seafarers who are exploited for various reasons.

Q5. So what precautionary measures have been formulated by FSUI?

We had started several campaigns. We started a campaign way back in 2000, against non RPSL companies. That was the time when people were unaware of RPSL and non RPSL companies. But after 5 years of the campaign and our continuous effort, it was also published in ITF Seafarers magazine. We got wide publicity by being published in various languages like Spanish & Russian. This year in January the government came up with the immigration system to stop this RPSL recruitment but that is also not that sufficient. As I said these people are in a habit to bypass these laws. The seafarer’s safety on board as well as their security in form of insurance and compensation has to be assured.

Q6. When talking of ROFR, Make in India campaign seems to be in vain. What is your opinion regarding this?

There is a part where u can really count on “Make in India” in the sector of shipping i.e. in an inland sector where the government is already giving lots of proposals. The SagarMala project and various other projects in different rivers are a major step. There is a section where the people who are working on the vessel are not considered as seafarers till date, and that is the reason behind their exploitation. If these people are considered as seafarers and qualified people are joining the ships. If these people get the entitlement of various essentials including retirement benefits, welfare, gratuity etc. that will give the opportunity to the government to promote the Indian seafarers in an inland sector favoring Make in India campaign, providing jobs for the seafarers. I have given the letter to the PMO and the shipping minister for the promotion of this sector as this is highly exploited pre carriers work as per my information. Nobody is having any insurance cover or any formal training or any proper documentation. When talking of Mumbai there are several inland vessels operating with un certified people and undocumented people and that is one kind of coastal threat to the country too. You do not have the record of people working there, a threat to the country!!!

Q7. Recently you have been to Singapore for a conference. Please share with us the outcome of that conference.

We are associated with ITF from past 10 – 12 years and it is part of our journey that I went to Singapore. Prior to this, I went to Mexico and Bulgaria. This was the third foreign conference but it was very special to us as for the first time the FSUI Collective Bargaining Agreement for the Indian sailors for foreign flagships has been approved by DG by ITF. So it was really a proud moment for us. Through your magazine I would like to share; now FSUI is holding their CBA for the Indian sailors who are working on FOC vessels and foreign flag vessels. And we thank all seafarers for their tremendous support, without their support it was difficult to achieve.

Q8. Any message for the young seafarers?

Yes, I have a message that is really important for them to follow. As a union, I’m getting per day minimum 5 complaints where the seafarers are badly exploited by the street players and the non RPSL companies. On the other side due to the Open facility of getting the CDC on the basis of various courses, the increase in number of the seafarer’s day-by-day is giving the opportunity to other people to bargain individually. The seafarers have to be cautious enough not to be trapped by these agents. Being cautious is the parent of safe sailing. Be safe, for any queries you are free to contact our offices. We have more than 12 branch offices all over India. At the same time when you join any ship please make it sure which ship you are joining, by which company you are joining, where you are joining. And be safe in future, whatever support required from FSUI, we are there to help you out. 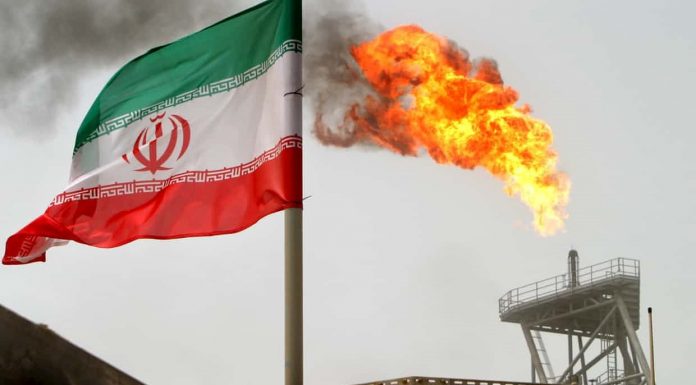 Kanishka Vishal - September 7, 2018
0
THE CHANGING SHIPPING TREND OF AVOIDING THE SUEZ CANAL AND TAKING THE LONGER ROUTE AROUND THE CAPE OF GOOD HOPE HAS BEEN MADE POSSIBLE BY THE PLUMMETING OIL PRICES IN THE INTERNATIONAL MARKETS.

A Tété-á-Tété with Mr. ROHIT PURI

“Live as if you are to die tomorrow. Learn as if...