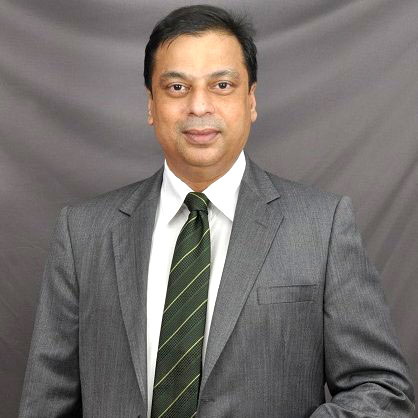 We are here with Das Ajee Kamath, a Marine Engineer, innovator of the RVCR technology, CMD GYATK. Recipient of national and international awards to his credit for his invention. Transcript of conversation with Shivam Sargam.

Q1. Your achievement is not just an academic accolade rather it is of major 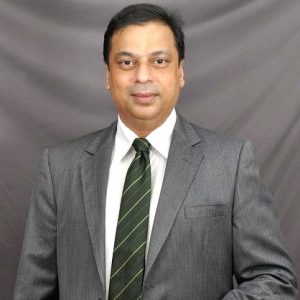 significance in the context of the Industrial Technology Capability. How does it feel being an innovator of the RVCR technology?

It’s an exhilarating feeling. I know one day RVCR technology is going to be commercially successful, but the success cycle time is really long and I am midway.  The part that I am the innovator of a breakthrough technology and that it originates from me feels great but at the same time, the remaining part of the journey makes me anxious. It’s about when this long wait will be over and the entire part of the journey shall fructify. The entire endeavor brings a sense of serving a purpose in the larger scheme of things in Life provides me with direction and conviction. I am still anxiously waiting for the day RVCR will be at the centre of the energy ecosystem.

Q2. Sir, please give a brief of the RVCR technology.

Today the machines are based on mechanics. Like, a language is based on certain sets of alphabets. You reorganize the alphabets to make a sentence, similarly, machines are made of components organized in a particular fashion and this grammar of organizing the components in an assembly, is called a mechanism. Today’s Engines are based on one of the four types of mechanism. First is called the reciprocating crank mechanism which is used almost everywhere in surface transport. Second is the Jet mechanism which is used for Passenger aeroplanes, and in power generation too. The third type is a rarely used in wankel engine which has a very limited service application like in Drones etc. The fourth, rocket propulsion is used for propelling into space.

We have developed an entirely new Mechanism. It is called RVCR and there is no reciprocating piston and crank rather there are rotating pistons. It’s an entirely different hardware configuration using components of novel geometry. It is a new system which can be used to make new generation machines.

Q3. So Sir, how is this RVCR technology going to be beneficial for ships?

The mechanized world requires a system providing drive power which is either mechanical or electrical. The small kitchen machinery uses the electrical drives whereas the big machines use engines for drive systems. RVCR is a root mechanism that can be used for generating new generation prime movers, for running ships,   power generators on ships. The engines today run on one type of fuel, but an engine made using the new invented mechanism can run on different fuels. For example, a petrol car TODAY will not run on diesel. But R.V.C.R engine run’s on any fuel.  In this newly invented engine, you can use either LPG or LNG or CNG or Petrol or Diesel or biofuel, Heavy Fuel etc. you can change over from one fuel to other while the engine is running.

Q4. What are your initiatives to make the RVCR functional into the mainstream of the industry?

We started with the prototype development project. It requires you to develop the technology, in a sense of ‘what would be the geometric dimensions, the proportions, how they are connected to each other, how each component will be interfaced with each other? etc. You have to generate know-how and the know why to use this concept for making new machines.  We have developed the technology now. We are on course to manufacture the prototype. We have started testing the prototype, at the same time when we are testing the prototype we are interacting with industry. We approached a few companies and showed them this prototype. We have offered the technology, for consideration support us now, we have the patents for the RVCR technology, and so we will offer them the commercial exclusivity, against support. TATA Motors was our first licensee. We have reached to the level of technology readiness level of 5. There are certain limitations within the country in this breakthrough innovation. Breakthrough innovation require a different kind of supports which is not available in our country. So we have shifted our base to the UK. We are also looking for more partners and financers, to bring back of the momentum of the project.

Q5. What are your endeavor towards India being the main initiator in the field of RVCR technique?

The entire thing was conceived in India, by an Indian. Though it has been conceived, ideated and intubated within the country, still there are limitations for such high level of breakthrough innovation. What I found through the journey with RVCR is that Indian ecosystem supports incremental innovations & to certain extents some depurative innovation, but when it comes to breakthrough and game changer innovations in core technologies there’s is a skepticism. The Indian ecosystem is not ready for that.

The Make in India campaign has a ‘Replicating in India’ objective. The objective is more or less limited to replicating things in India. In IT initially, investment required is less and it does not need an industrial-technological base. Whereas propulsion and core machine technologies require a very robust industrial-technological base and it demands very large time and cost-intensive projects. Such kind of projects, it is difficult to be done within India because the basic ecosystem lacks the support structure. Make in India is more or less catching up with the world, where as RVCR is leading about the world, so we are far ahead from make in India. I hope the government will have certain policies for breakthrough innovation in future.

Q7. You mentioned about break through and incremental innovations. So, what is the difference between the two?

Innovation is basically are of four types, the first type is called incremental innovation which is basically improving or refining of the existing system. Suppose when talking of cooking you have recipes, but try new ingredients to make it taste better. So that exactly is called the incremental improvement where the main recipe remains the same but some improvement is achieved. Second is disruptive innovation which is something like reconfigering of existing systems so that one comes up with a new product and within the existing product range. like a 1 Lack rupee car there were . People in the hierarchy of purchasing transport utilities like 2 Wheeler buyers, 3 wheelers and 4 wheelers for taxi and private consumption but when it comes to pricing two wheelers and four wheelers witnessed a large gap. So the company in India actually made

cheapest cars for filling up the gap between costly four-wheelers and cheaper two-wheelers. The car system was made cheaper, the tyres where smaller, the engines two-wheeler application the three-wheeler application where taken and they were put together and configured. A new product range of digital cameras is also a disruptive product. A breakthrough technology is the one that has never existed. It is going to bring an entirely new change. It is a game changer if it brings a very deep impact on society.

Q8. You have played different roles, Innovator, entrepreneur, heading the project team for design and development of the technology and prototypes, manufacturing the first generation prototype, CMD of Gyatk. How do you manage yourself?

Probably, I am gifted with technical abilities and mathematical abilities that included technology development and technology know-how creation and manufacturing etc.  But, commercial part I had to learn it and had no prior exposure before undertaking the innovation project. I interacted with the market and then analyzed why I was unable to reach my objectives. It was quite a learning thing, completely new to me. I have never done any kind of marketing before. It was basically driven by a single passion for making sure that we are successful in commercializing RVCR. I hope we will succeed soon.

Thanks a lot, sir for your precious time and sharing your RVCR technique with us. We wish you the best of all in your future endeavors.

DIGITAL SHIPPING – WHERE DO WE STAND?

Kanishka Vishal - August 7, 2018
0
How the shipping industry can remains unaffected amidst all these turbulence?
Load more