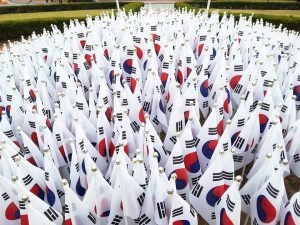 The South Korean government revealed its plans to convert 140 state-owned vessels to run on environmentally friendly fuels by 2030.

The country’s Ministry of Oceans and Fisheries explained that a customised eco-friendly ship conversion plan would be implemented for each unit based on the type, size and operational characteristics of the vessels.

Additionally, the Ministry said that air pollution reduction devices, such as diesel particulate filters, would be installed on the vessels approaching the end of their service life by 2030. The decision was revealed as part of the country’s activities to strength domestic and international environmental regulations and reduce emissions produced by ships and ports.